2022 has been so busy. After 23 posts over the first four years of this site, I’m already on my 15th post this year alone. Now that the house is up for sale and we’re just waiting for things to get official, things have slowed down a bit… for the time being. So before things get crazy again, now (almost a year late!) might be a good time to finally take a look back at our trip to Disney World last October 1st for its 50th Anniversary.

I had originally set up our reservations for September 30th through October 2nd, so that we could visit one park the day before the anniversary, Magic Kingdom on the 1st, then head home on the 2nd. What I completely forgot was that we were going to need a hotel the night before our first day in the park too! Luckily I figured this out a few months before we left, but not in time to just add a night to our original reservation at Coronado Springs.

So on the 29th we arrived in Orlando and headed to Wyndham Grand Orlando Resort Bonnet Creek, which turned out to be a very nice hotel complex. We had dinner at a lovely lakeside restaurant, hung out at the pool, and took a walk around a path that snaked through all the resorts around the water. It was a great way to transition from our hectic Tennessee lives and start getting into the Florida vibe before officially heading into the parks. 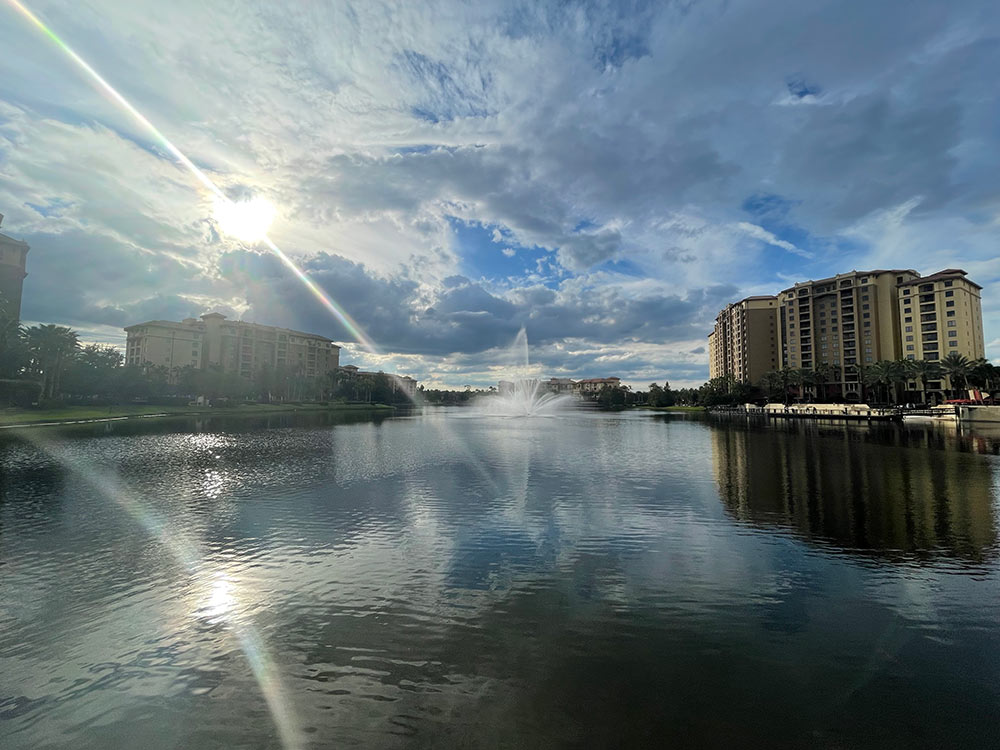 The next day we headed to Animal Kingdom, a park that might actually be my favorite if I had to pick one. The crowds weren’t that bad and we easily got to do everything in the park we wanted, and even got a second go around on Flight of Passage. Animal Kingdom’s new show KiteTails wasn’t scheduled to be performed until the next day. But while we were having lunch at a waterside table at Flame Tree Barbecue, we were surprised by a full test run. A dress rehearsal was a good idea as it turned out, because one of the boats ended up flipping, cutting the show short. I kinda liked the idea of KiteTails, but thought it needed some changes. Apparently Disney did too eventually, scaling the show back earlier this year. 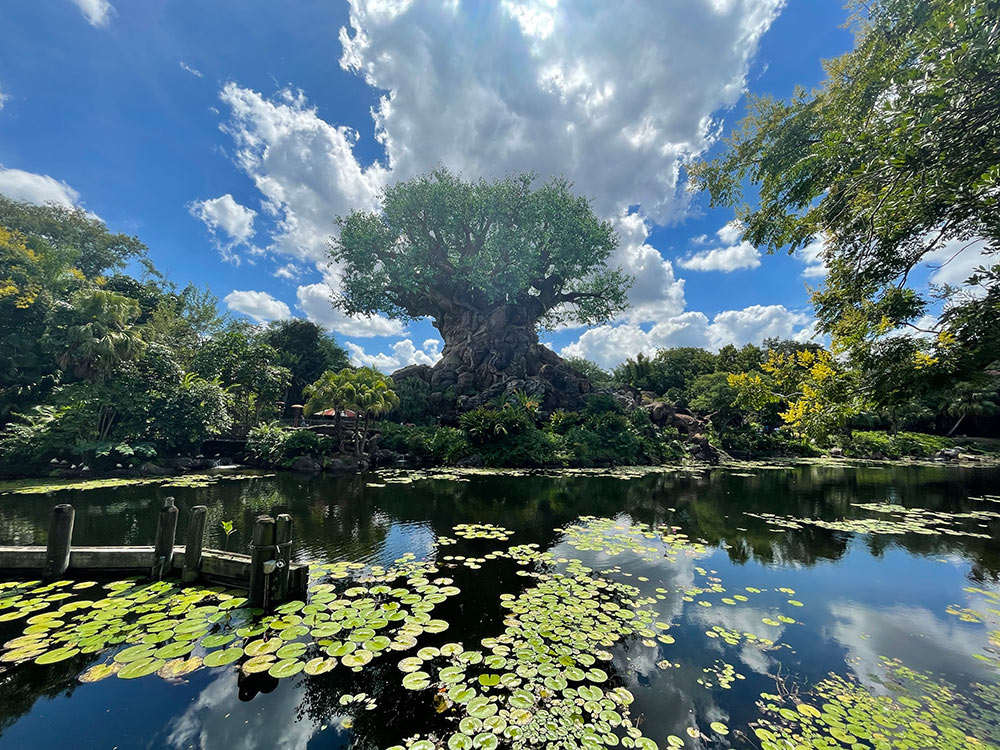 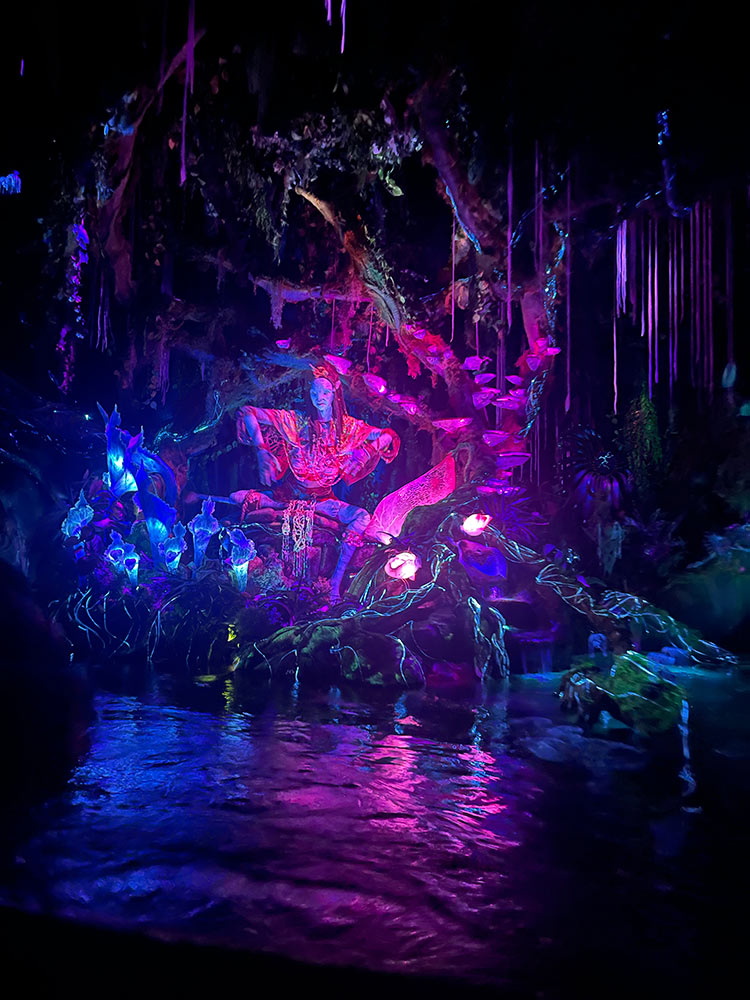 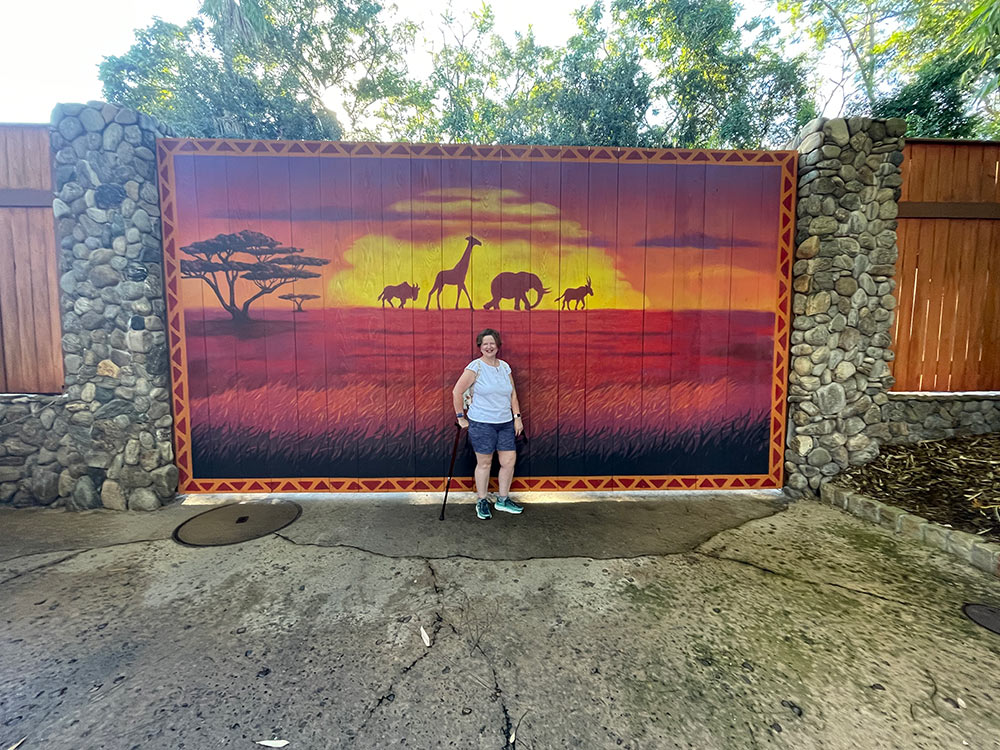 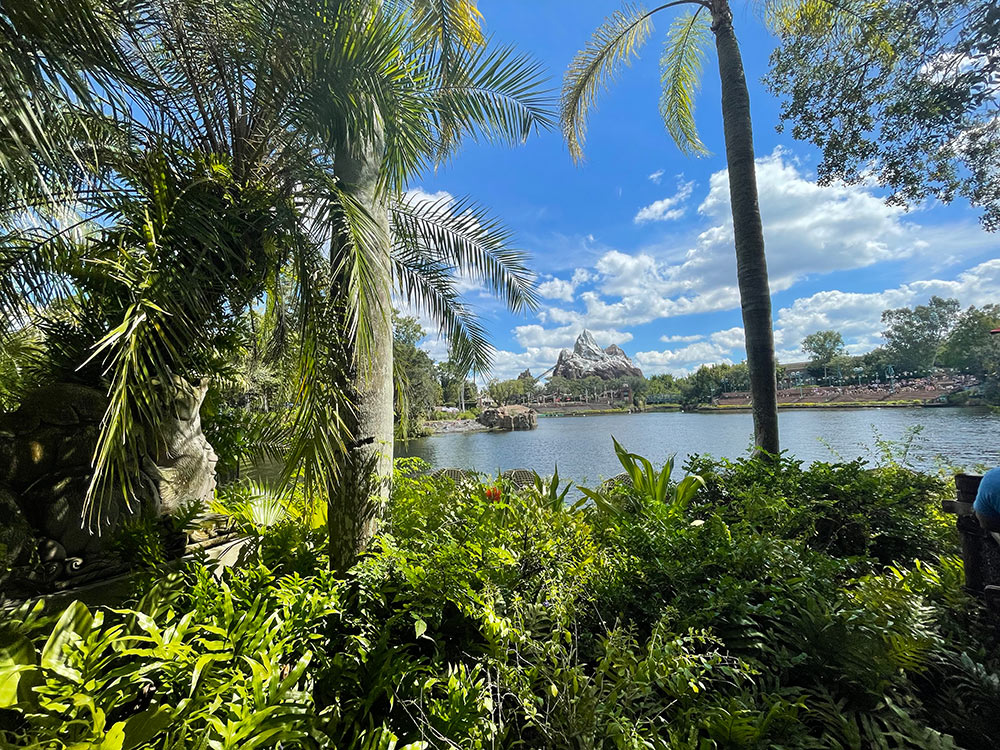 On October 1st, 50 years after it originally opened, we took the monorail to Magic Kingdom. A lot of people planned to get there bright and early. We chose to get there when they opened at 7am. And it was the right decision. There were no crowds outside the entrance and we leisurely walked in. Oddly enough, that was a running theme throughout the day. Every ride had much, much shorter lines than usual. Other than an early visit to Seven Dwarfs Mine Train and a later ride on the Jungle Cruise, we never waited more than five to ten minutes for any attraction. And even those other two were just around 30 minute waits. During all our planning we had said over and over we just would be happy to be there for the 50th, even if we didn’t ride anything, because we assumed the crowds would be overwhelming. It was kind of weird!

That was not the case at stores and restaurants. Lines for merchandise were ridiculously long. I really think more people got the limited number of park reservations specifically to buy stuff for resell then to experience the anniversary. Which I guess was good for us! Disney had some technical issues with restaurants which caused abnormally long waits to get food. Almost as bad were the people taking up tables and not eating while people carrying trays of food searched in vain for a place to eat. Both meals we had in the park had to be taken out of the restaurant and eaten on a ledge. For dinner, our ledge was directly across from a four person table at the restaurant where a single dude was taking a nap with his packages sat in the rest of the seats.

The night ended with the new fireworks show, Disney Enchantment. The new gimmick is that the buildings on Main Street have some projection mapping. It’s not as detailed as the castle, but was still cool. The show itself was a disappointment from the previous Happily Ever After. Where that show used projection mapping to full effect, this show seemed a lot less impressive: not nearly as exciting and the visuals not as kinetic. It felt either very rushed being put together or very cheaply done. The other downside was the fact that Main Street itself was allowed to be completely filled with people, making any movement through that section of the park all but impossible. Crowds staked out positions starting in the morning… another factor in the lack of lines at attractions probably.

But most of our time was spent in the parks proper, not restaurants or stores or waiting for fireworks, so despite the few issues, we had a wonderful time. I’m so happy we got to be there to share the actual anniversary day with Disney. 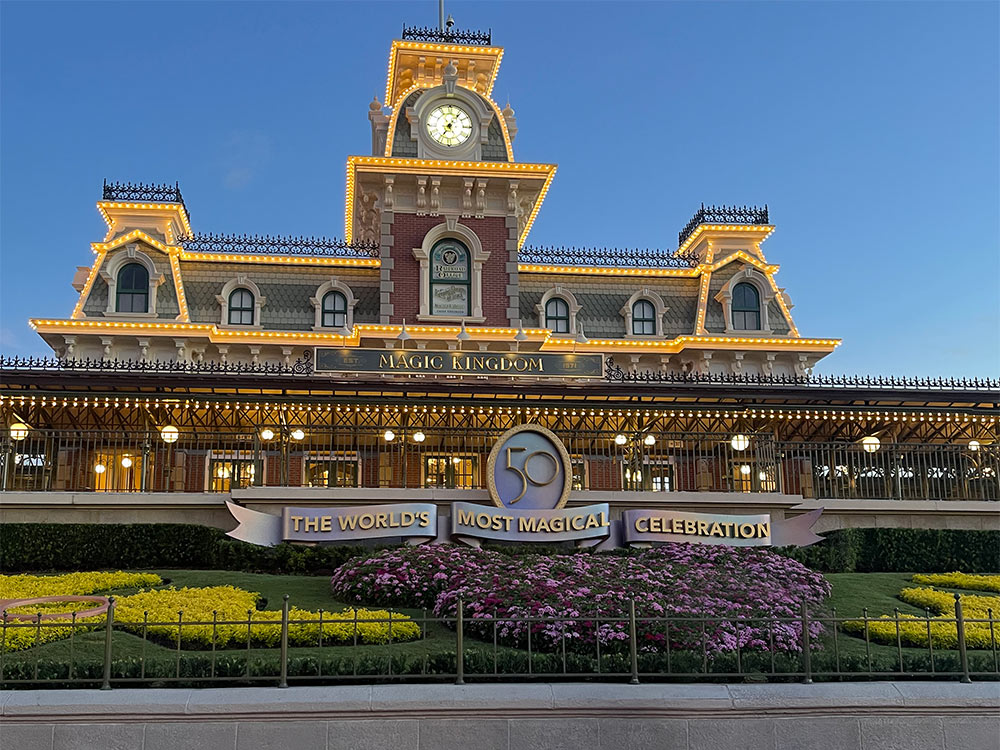 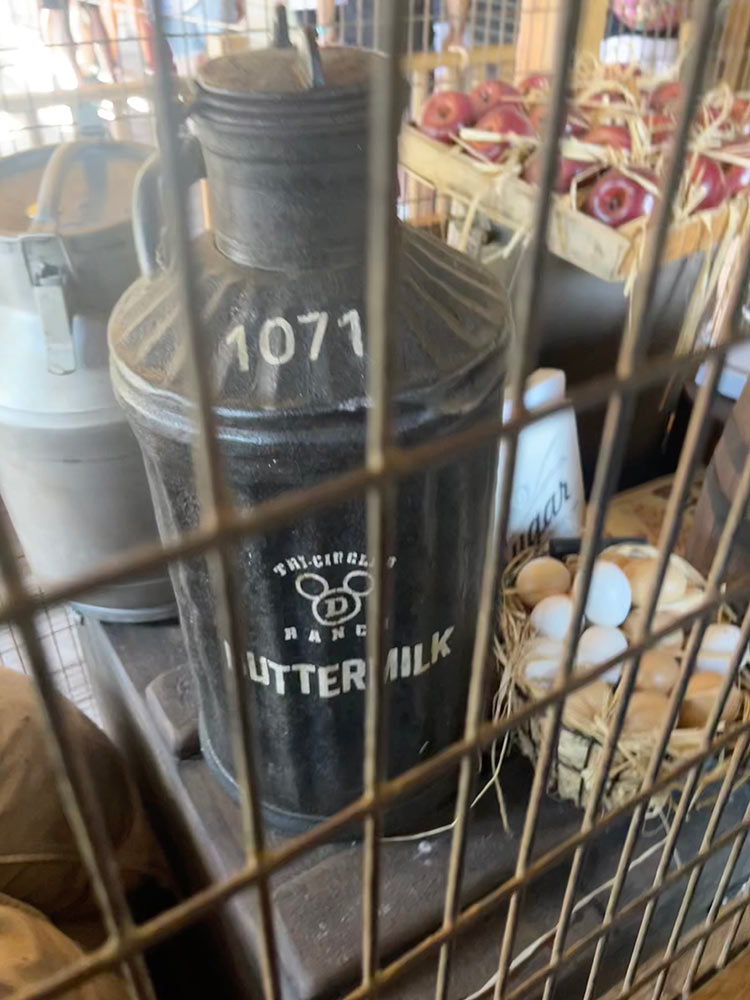 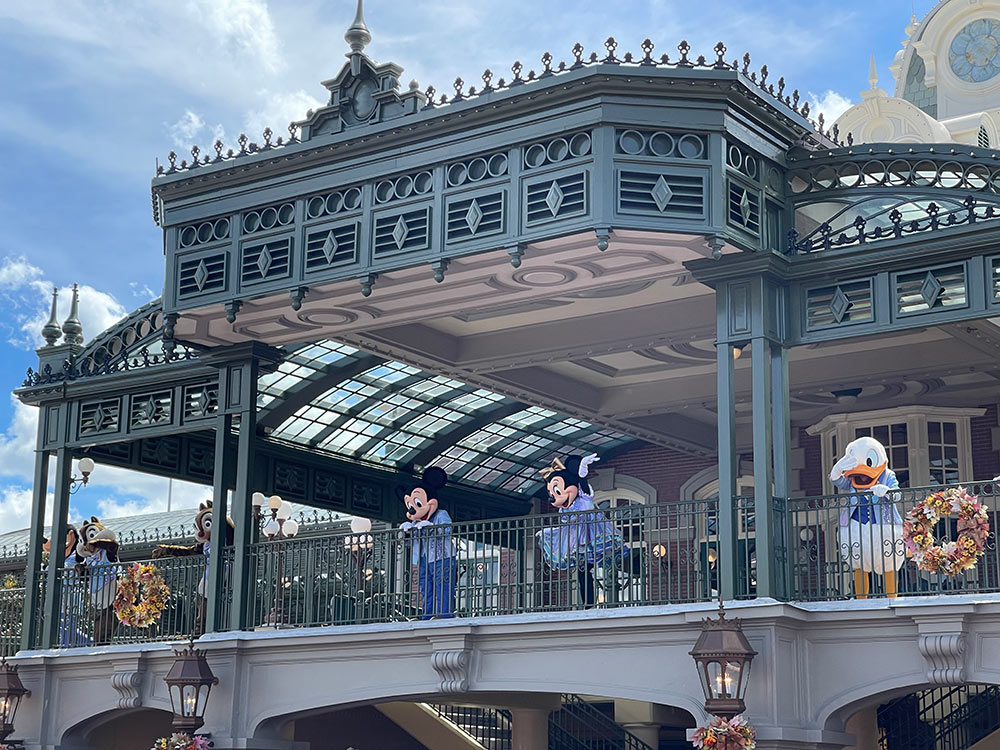 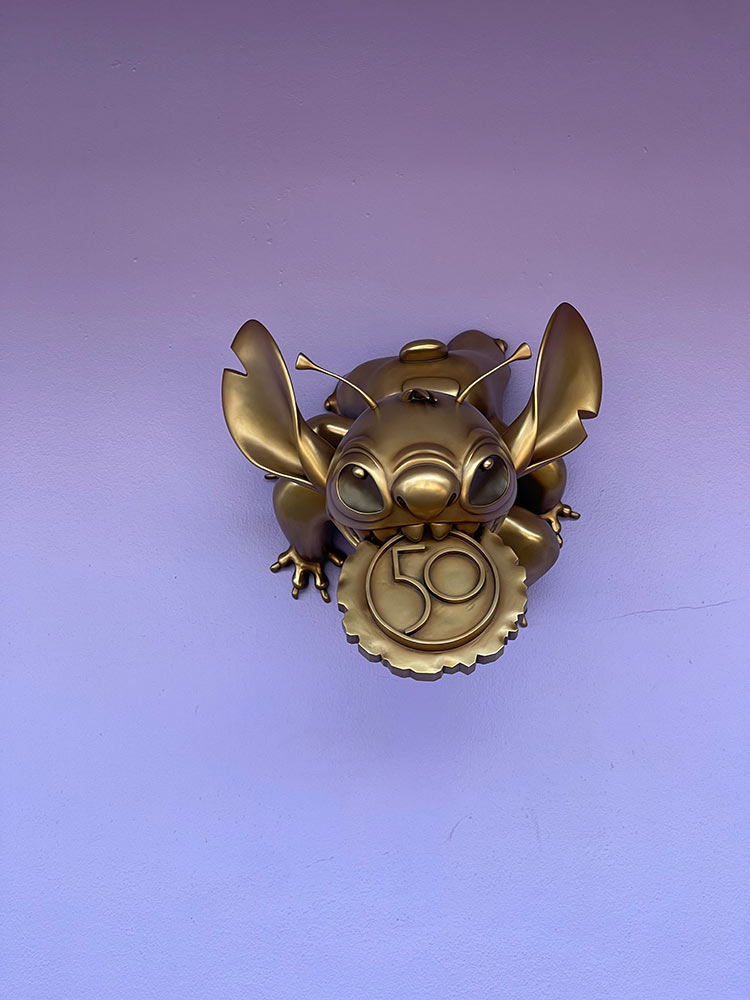 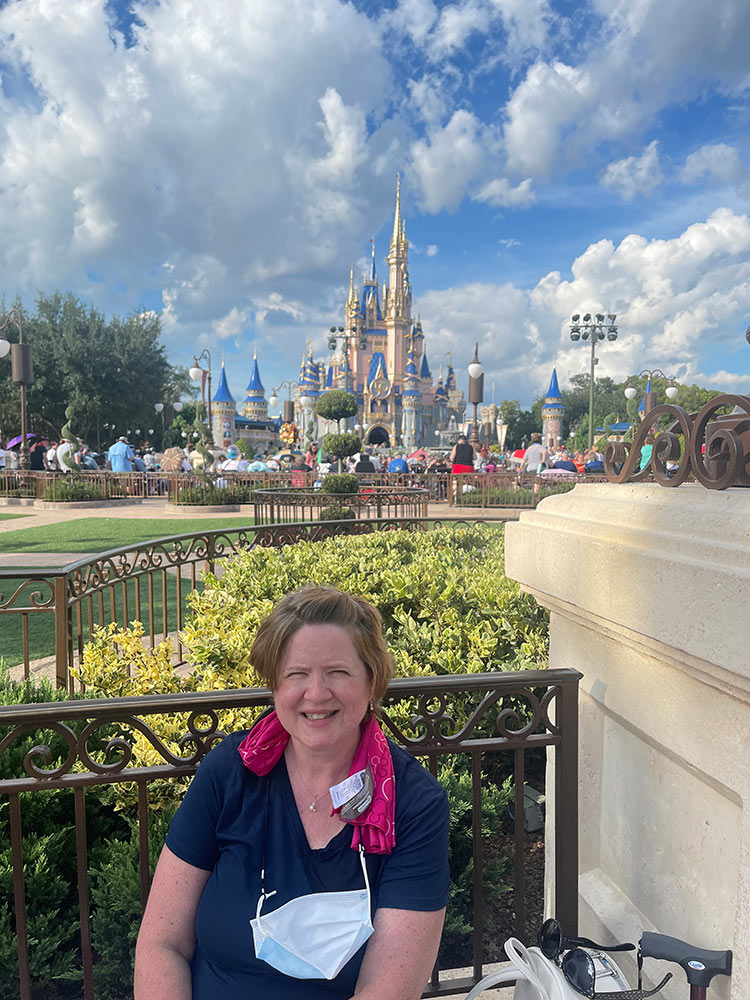 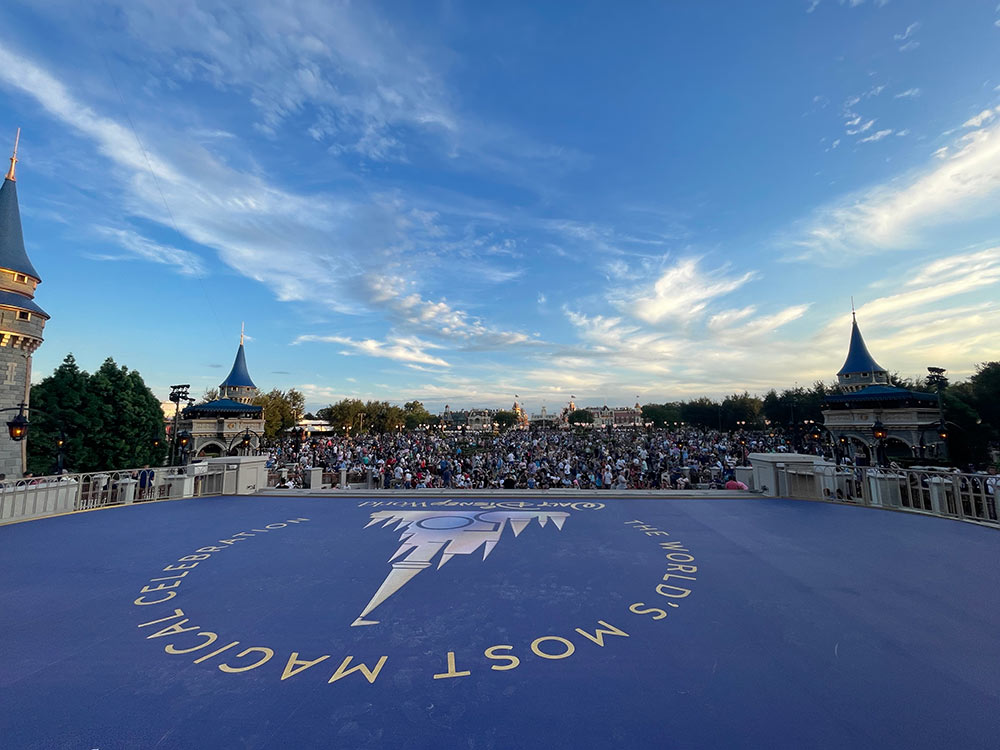 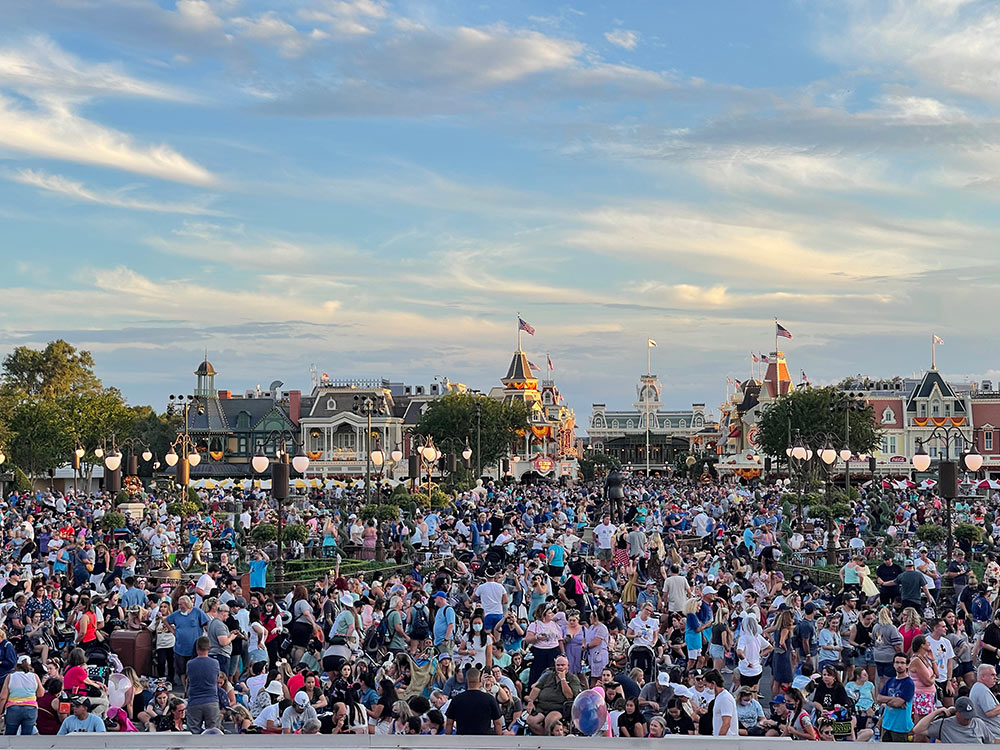 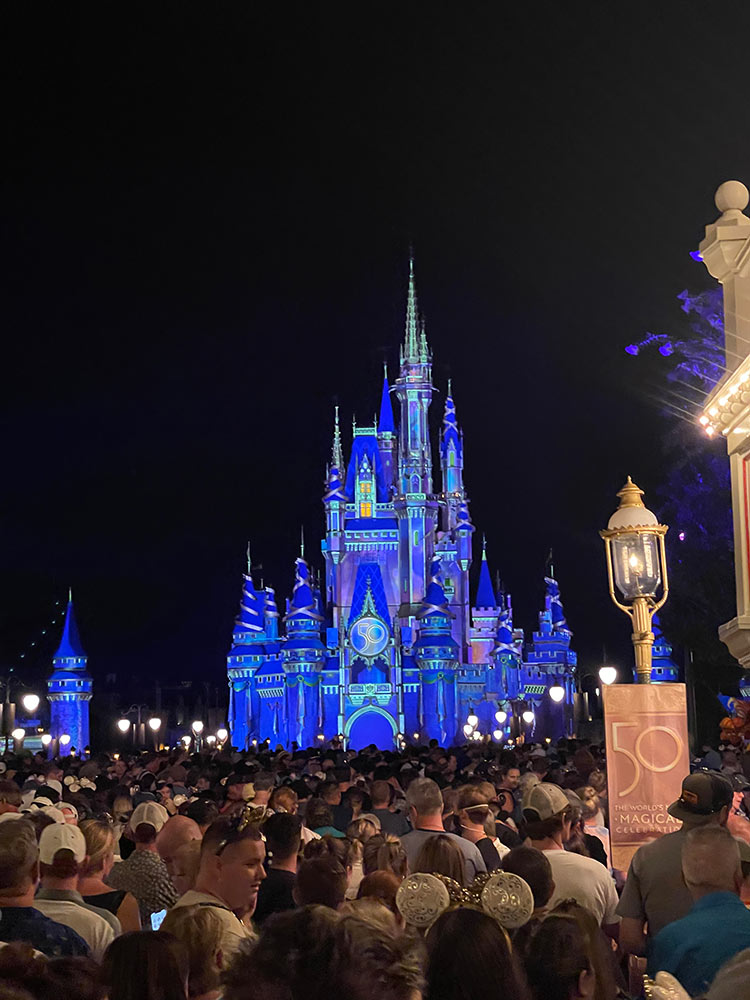 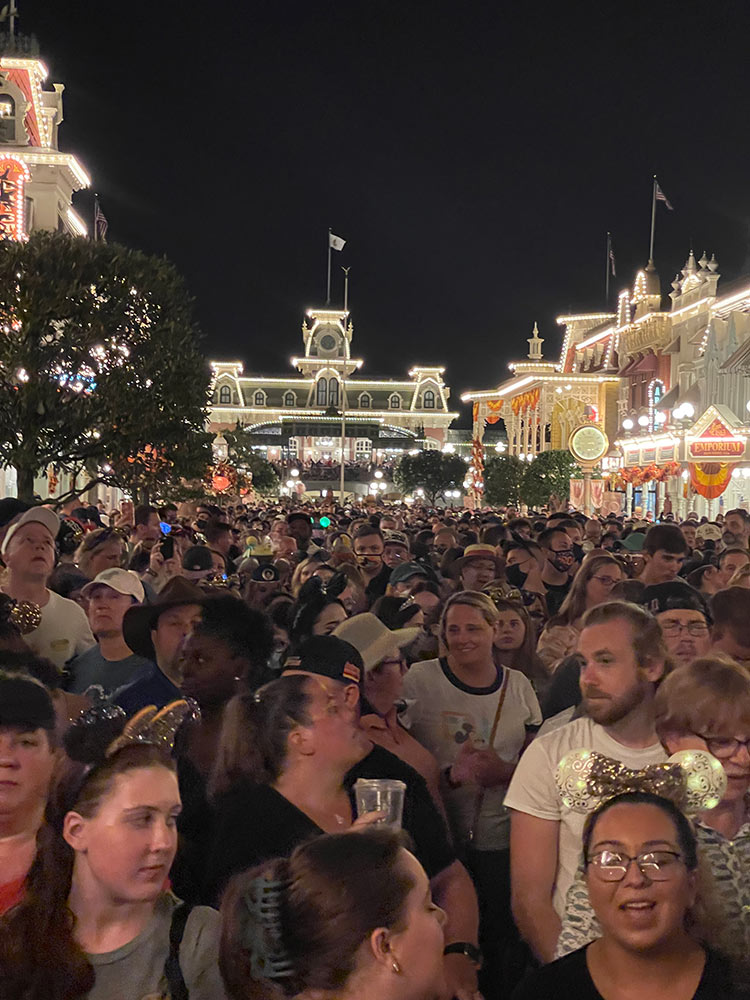 We usually leave pretty early on our last day of vacation, but since this was such a short trip we took advantage of the final few hours. After spending so much time in the parks, we spent the morning enjoying the grounds of Coronado Springs. Then we took breakfast at Chef Mickey’s. Eventually it was time to head back to Tennessee. As we passed that “See You Real Soon” sign, we did so knowing that it wouldn’t be long until “soon” would start being measured in days or weeks and not in months or years. 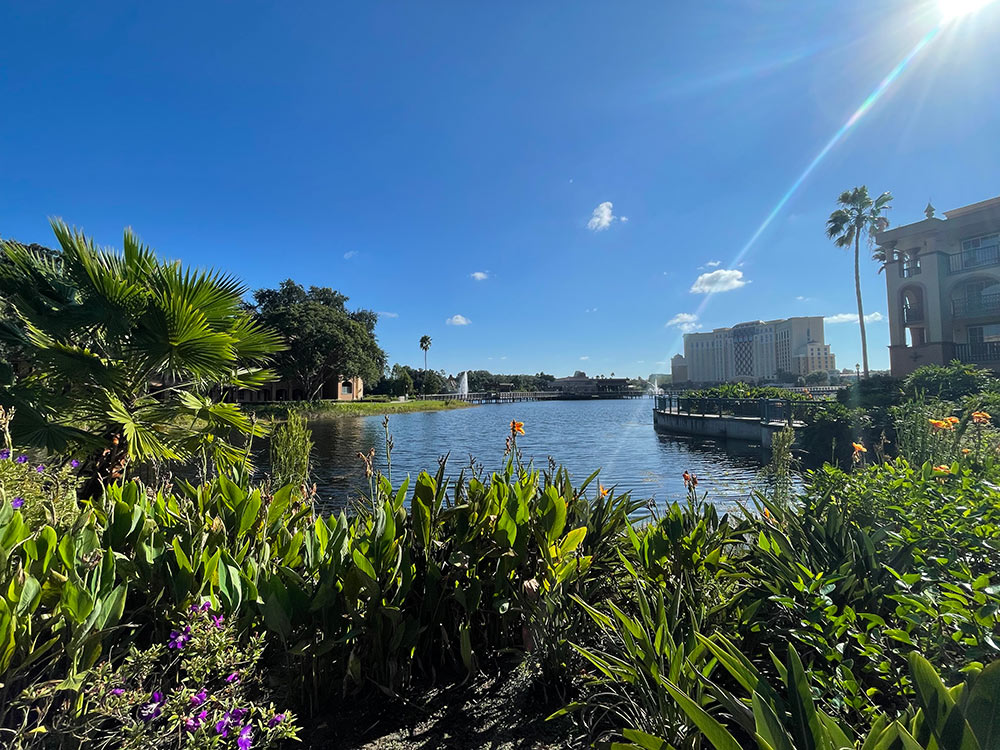 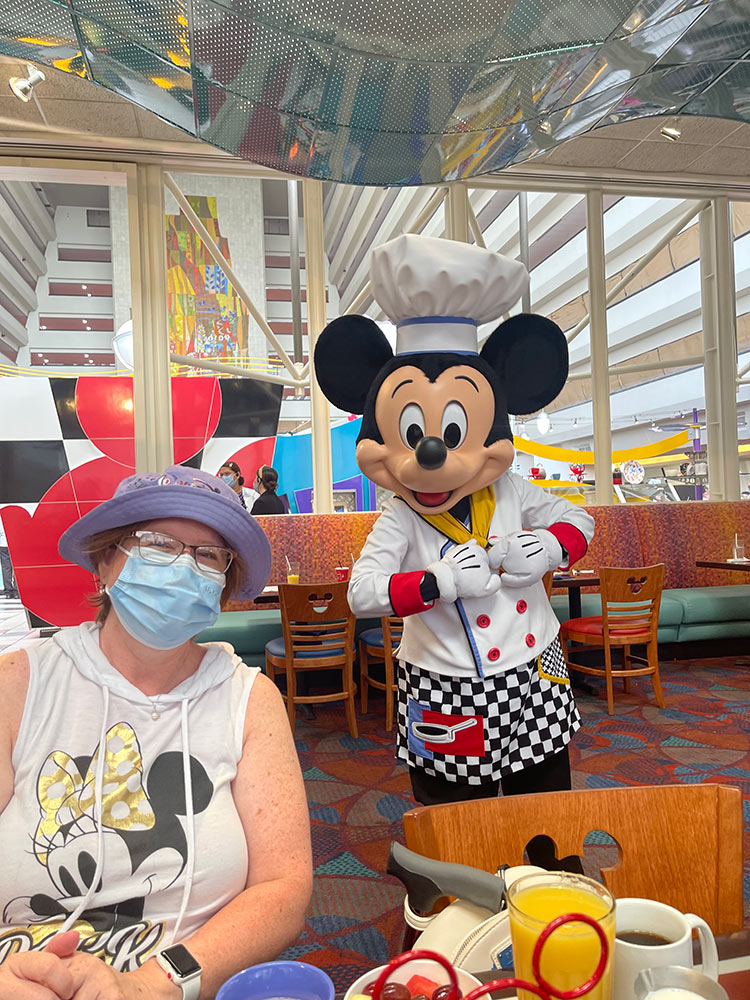 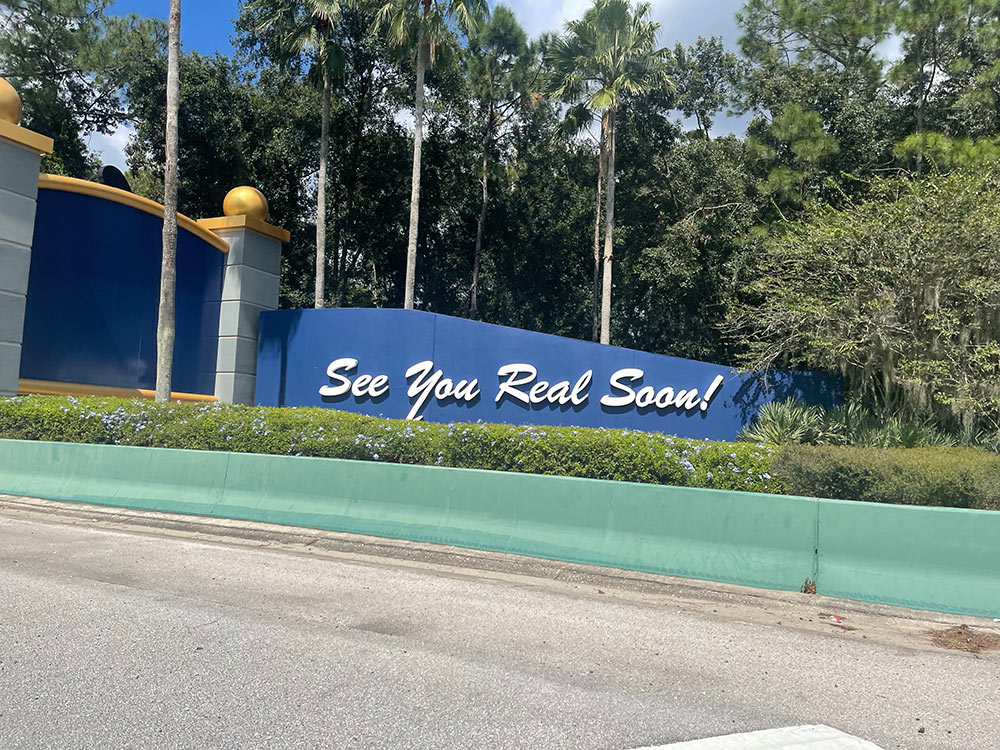