2018 is coming to an end in a couple of weeks, and it has been an impactful year for my family. Deciding that living near Disney is something we want to move from dream to reality is going to change our lives, even if in the end we stay put — at least we’ll have made the attempt.

To celebrate, this year we decided to start a Disney Christmas tree tradition in our house. We usually put up two trees every year: a big, real tree with all our sentimental family ornaments that goes in front of the picture window; and a second, smaller, fake tree with generic decorations that we put either downstairs in the den or next to a different window. This year the smaller tree is now home to all the Disney ornaments we’ve collected over the years. Compared to “normal” non-Disney people we have a lot! But there aren’t a ton yet since they’ve always had to share space with all our other ornaments. But we’ll now be able to start collecting more — starting with a “2018” ornament we bought to commemorate the start of our five-year plan.

After getting all the Disney Christmas merchandise we’ve bought over the years together for the tree, it still had some empty spots. As you’ll see below, those were easily filled with our large and growing collection of Magic Bands! We haven’t got a tree topper yet, so a festive ear hat we bought during our only trip to the park during the holidays is holding the space for now.

It’s amazing and extremely exciting to think about the fact that the number of Christmas’ we have away from Walt Disney World could be low enough to count on one hand!

Thanks for following along with us this year. We’ve got a lot more to think about and discuss in 2019. And here on the blog we’ll begin with one of our favorite things to do when we’re wishing we were already in Orlando… online house hunting! Join us next month as we start figuring out what neighborhoods we’re interested in based on Trulia listings! 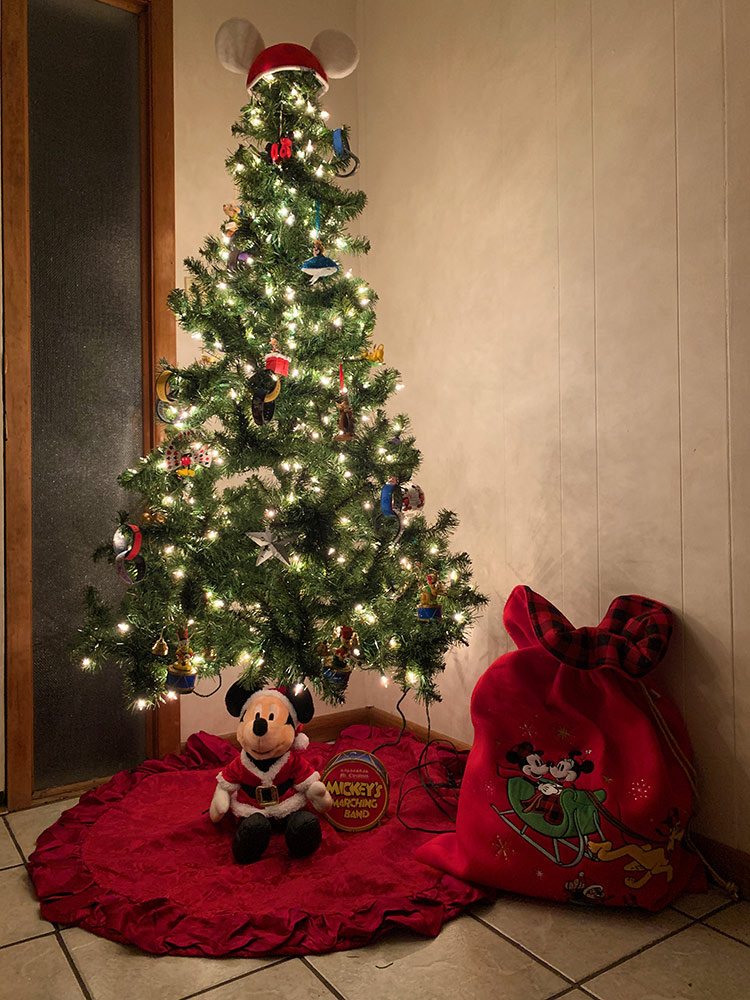