One year to go!

Back in the spring of 2019, we decided to pencil in a day as our moving date goal to give us something tangible to look forward to. Since then we’ve been counting down to that day — June 15, 2022. And now we’ve reached a hard to believe milestone. One year from today, we hope to be moving to Florida!

What makes this so mind-boggling is realizing that from today forward every birthday, every holiday, and whatever other annual occasion we decide to celebrate is probably going to be our last here in Tennessee!

I feel like I am moving way too slow when it comes to getting things done around the house. I’m sure the countdown going under a year will start putting a fire to my feet! But one place we are doing well on is our research. Last month we took our third trip to Orlando in search of what areas we might want to consider living in. Here’s a recap of that trip.

We left Wednesday afternoon so my wife could take care of some work issues in the morning. Our plan was to split the drive over two days and arrive Thursday afternoon. But excitement got the better of us so we ended up driving the entire way on Wednesday so we could get to work immediately on Thursday morning.

We started off Thursday by heading south. (Keep in mind during this post that we don’t know the actual names of the neighborhoods and suburbs we visit! Any names I mention are guesses based on maps or signs in the area!) We’d seen some intriguing options online in an area between Loughman and Champion’s Gate. And while driving the area we were happy to discover the houses we found online were actually in some very nice neighborhoods that could work for us. More importantly, this area wasn’t nearly as far a drive as we imagined it would be based on looking at maps. I had been treating this area as just about too far away and therefore houses here would need to be really special to justify the travel time. But now I realize this region is definitely a contender we should be looking at. As a side benefit, most of it didn’t feel like it was near a tourist town at all.

If you’ve been following along with our previous research trips posts, you’ll know something I’ve done each visit is search for a great buffet — good price, good selection, and good food. I’m not setting expectations too high here asking for gourmet quality. What I’m looking for is above average for a typical buffet. Due to COVID, I haven’t been to any buffet anywhere in 14 months! But since we’re both fully vaccinated we decided to give one a try. For this trip we visited a Chinese buffet for lunch. It was almost completely empty, which was fine with me due to lingering COVID fears that will take awhile to completely be rid of. The only real change from the norm was we were given disposable food prep gloves to wear while serving ourselves. The food was good, but no different than most any other Chinese buffet you’d ever visit. So while the search for a truly great buffet continues, I was very happy with this first visit to one after so long.

In my last two posts I mentioned some issues my wife had been having with her job. While things were eventually worked out, big changes were about to start at her workplace, and as the director she was about to become very busy. So in addition to being a research trip, this trip was also about her enjoying some time off before things got crazy! So after lunch we headed back to the hotel so she could relax at the pool.

Later we went to one of my favorite places to spend an evening, Disney Springs. We had no reservations for dinner and wanted to try something new. Cookes of Dublin is the counter service counterpart to Raglan Road, and on this beautiful day their outdoor seating was exactly what was called for — though an overly friendly squirrel ended up inviting himself to the meal!

The next morning we again visited a new location for us. A friend of mine who currently lives in Canada suggested we try his old part of town, called Hunter’s Creek. This area is a lot further west than we’d considered but, like Loughman, was not nearly as far away as we had assumed when we could only gauge driving time by looking at maps. My wife was especially enamored of the houses, subdivisions, and general layout of this area along with all the shopping any other businesses nearby that would allow us to live happily without having to travel too far for whatever we needed. I really liked the fact that it is bounded in the north and south by two different roads that take you directly to Disney property. This area will be a strong contender going forward.

For a late breakfast/early lunch we headed to somewhere we’ve often read about but never visited in all the years we’ve been coming to Disney World: the town of Celebration. A planned community originally developed by Disney, Celebration is a beautiful and quaint little village that is what you might imagine a town surrounding Main Street USA would probably look like. It’s way outside our price range as a potential place to live! But it’s somewhere I’ve always wanted to visit but never could make the time for during our usual trips to Disney World. We ate an amazing breakfast at the Downtown Diner, which I can already tell will be go-to for future meals! Afterwards we took a leisurely stroll around the lake the town is built around. Along the way we saw birds, snakes, and alligators! Celebration almost feels like a counterpart to Disney Springs — both form a semi-circle around a lake, but one is bright and vibrant, while the other is serene and calming. But both will be places we’ll visit again and again. 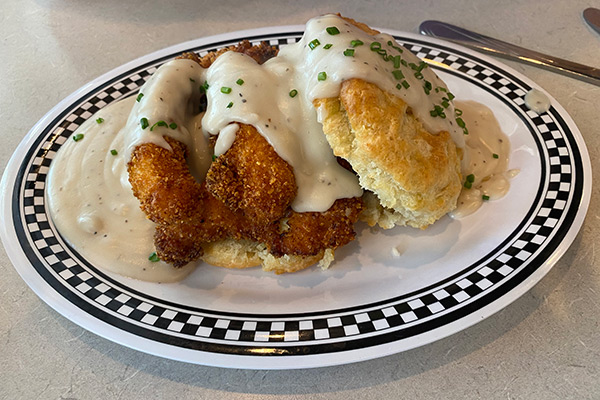 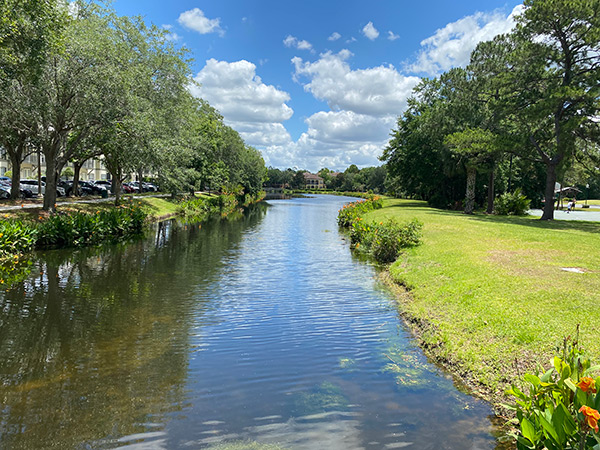 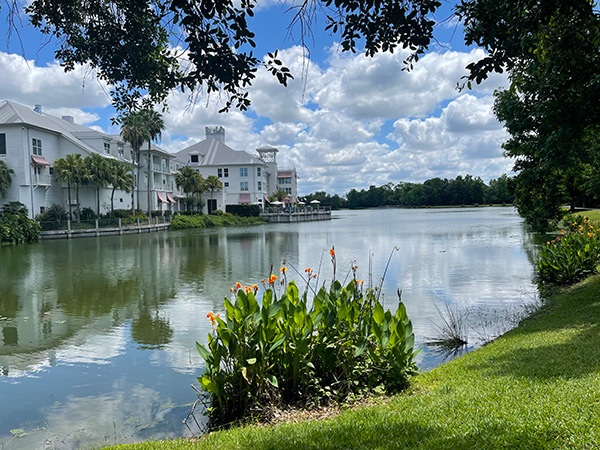 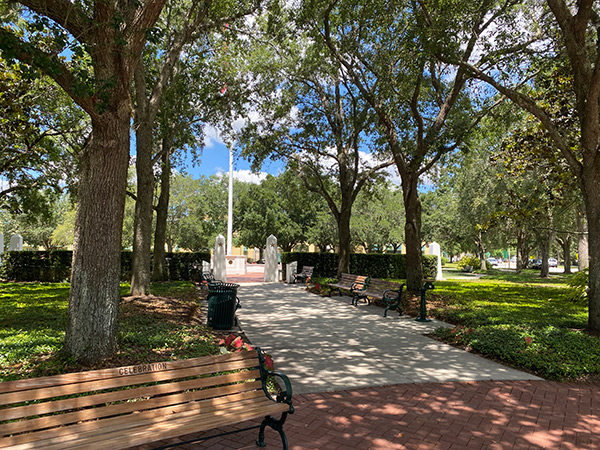 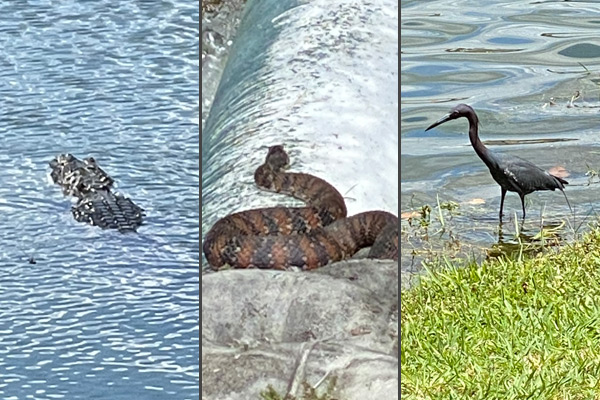 In the afternoon, we checked out some neighborhoods on the east side of 192 and down Poinciana Boulevard. The houses were not that bad, but I’m not sure about the area. Traffic will be an issue where ever we end up, but I think it may be worse here than in other areas. That evening we spent time at the hotel and did some shopping at the Character Warehouse before calling it a night.

We headed to Windermere and the other neighborhoods north of Magic Kingdom on Saturday. The area is beautiful and I love the proximity to the parks. But besides a lot of it being outside our comfort zone price-wise, most of what we saw just didn’t have the ambiance we want. Pools are scarce for what we can afford, and the neighborhoods, being older, don’t have that vacation home feel.

For lunch we drove to the Contemporary Resort where we had our first meal at The Wave, just in time for it to close next month for a rumored Incredibles retheme. We spent three hours exploring the monorail loop, including taking a walk on the new path from the Grand Floridian to Magic Kingdom and on to our car parked at the Contemporary. 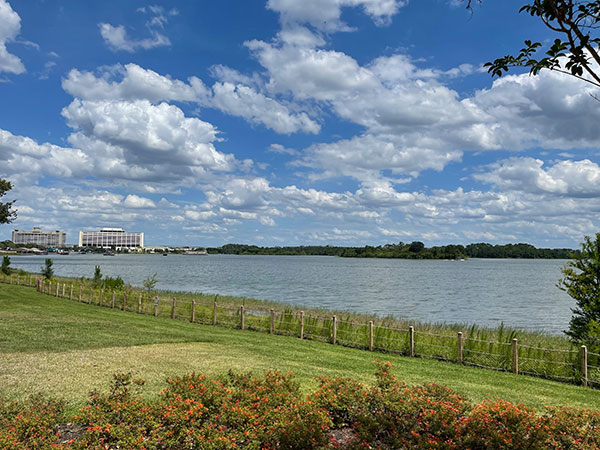 We spent the rest of the day exploring one of our top areas, Davenport, south of 192, around 429. As on our previous visits we found several houses and subdivisions that tick almost all our boxes. If I had to immediately pick a region to live today, it would probably be this one.

On our last full day, we once again hit some new areas, this time driving up 27, past Lake Louisa, all the way up to Clermont. It was an incredibly lovely drive, and we found some interesting places. These areas are starting to get a little too far, but as I’ve said before, we’d be willing to give up distance for other considerations — like the beautiful outdoors options available around here. This was a very large area, and we spent several hours basically randomly exploring.

For our final big meal of the trip we headed to the last resort on Disney property we’d never seen, Old Key West. We had a reservation for Olivia’s. I had the Southernmost Buttermilk Chicken with mashed potatoes, southern gravy, biscuit, and vegetables. I can say without hyperbole that it was one of the best things I have ever eaten in my life! And I’ll admit without embarrassment that I couldn’t stop smiling and for some reason my eyes were even a little watery! We’ve already made reservations to go back with our kids in July! 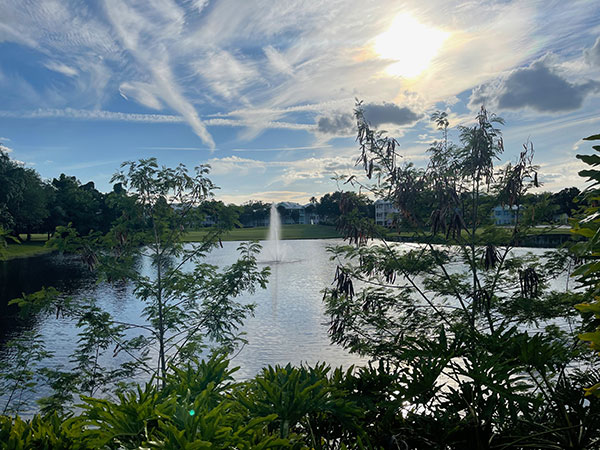 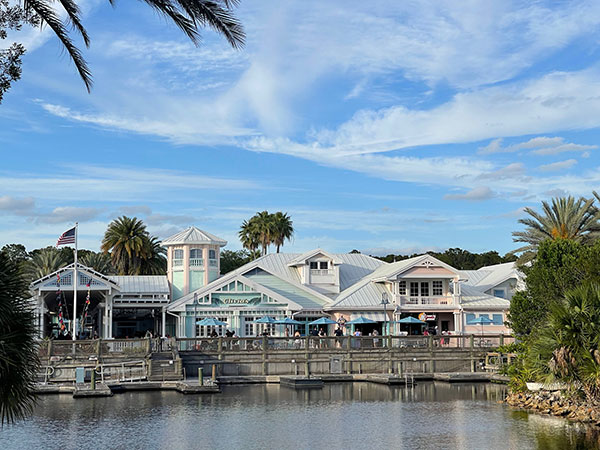 We had a very productive trip. The biggest downside is we found too many areas we liked rather than narrowing things down! With one year to go, we still have a lot to do. But I’m feeling pretty good about things.

The biggest problem we face is changes in the housing market. That’s something I’ll talk about more next time out.